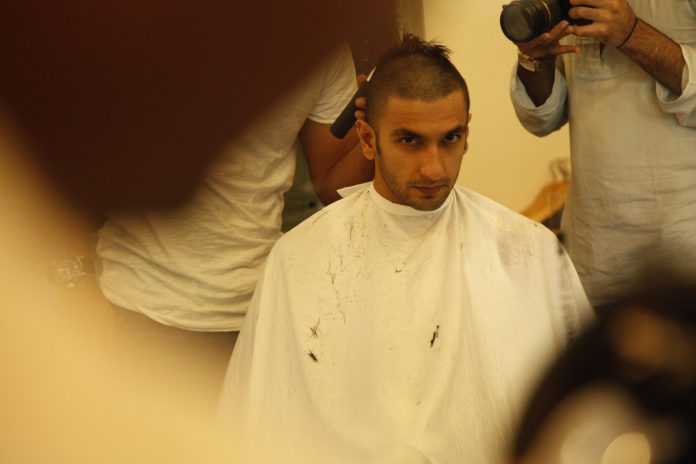 Bollywood actor Ranveer Singh went the ‘Haider’ way as he chopped off his hair for his upcoming movie ‘Bajirao Mastani’. This picture of Ranveer Singh shaving his head off has gone viral on the internet. The shooting of the movie has already begun and Ranveer will be playing the lead as Bajirao Peshwa.

Reports claim that Ranveer is preparing hard for the ole of Peshwa, who was an 18th century Maratha General and Statesman. There have also been reports that the ‘Band Baaja Baarat’ star has isolated himself and is staying in a five-star hotel in Mumbai.