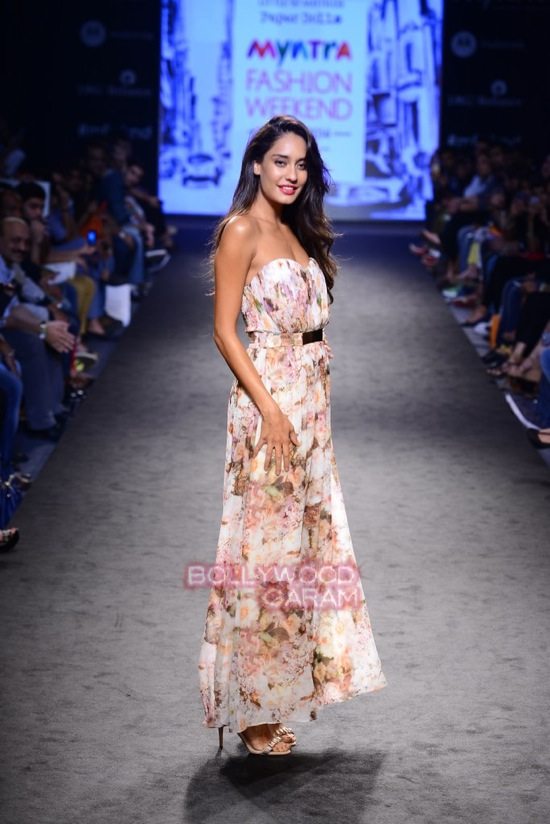 Bollywoood actress Lisa Haydon down with dengue, has to cut short The Shaukeens promotions.

Bollywood actress and model Lisa Haydon, who shot to fame with the movie ‘Queen’, is down with dengue. The actress fell ill when she was promoting her upcoming movie ‘The Shaukeens’ in New Delhi. Haydon wasn’t well and was running high fever after which she decided to shorten her promotional trip and return to Mumbai immediately.

The family doctor of the ‘Queen’ actress suspected dengue, following which she was taken to Breach Candy Hospital, where investigations confirmed the diagnosis. However, the dengue is not very severe so Haydon was allowed to return home after a while at the hospital. The actress is currently busy promoting her upcoming movie ‘The Shaukeens’, which will hit the theatres on November 7, 2014.

The movie also stars Anupam Kher, Annu Kapoor and Piyush Mishra, while Akshay Kumar will be playing a cameo. ‘The Shaukeens’ is the official remake of the classic movie ‘Shaukeen’, which was directed by Basu Chatterjee. The original had Ashok Kumar, A.K.Hangal, Utpal Dutt, Mithun Chakraborthy and Rati Agnihotri.

Prior to Lisa, Nagris Fakhri was being considered for the role, but she gave up the project due to clashing dates with a Hollywood movie. After Fakhri declined the offer, Shraddha Kapoor was given the opportunity, but eventually it was the ‘Queen’ actress that bagged the role.