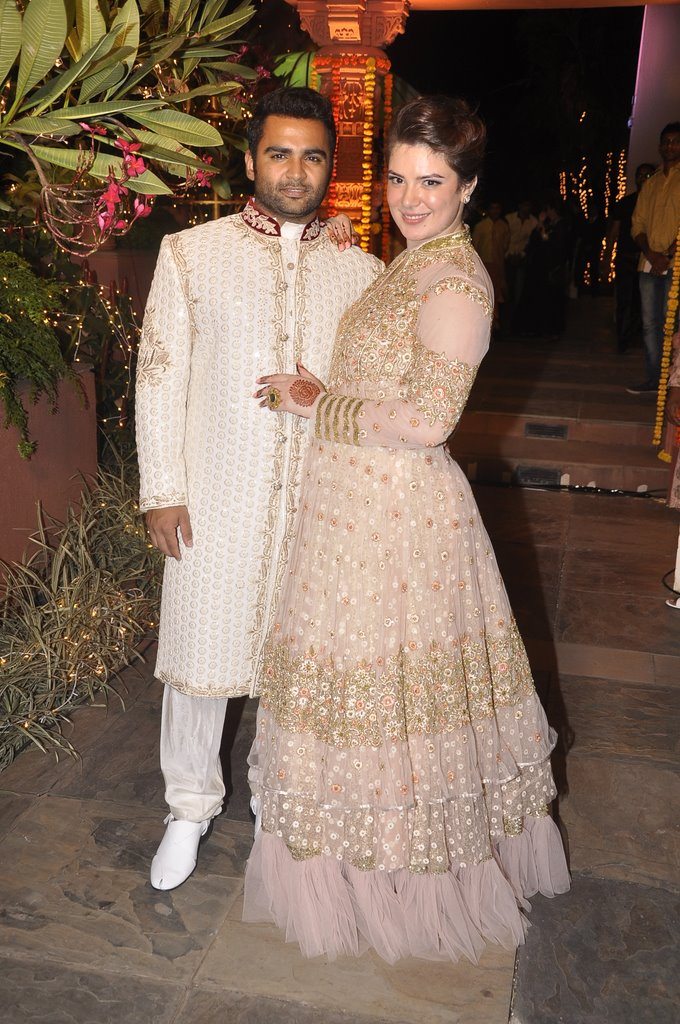 Sachiin and his wife Urvashi looked fabulous together in traditional white and golden outfits. Businessman-turned-actor Sachiin got married to Urvashi at the JW Marriot Hotel in Mumbai on February 2012.

Apart from being a successful businessman, Joshi also tried his hand at acting. In 2011, he made his Bollywood debut in the film ‘Azaan’. He has a daughter named Samaira.