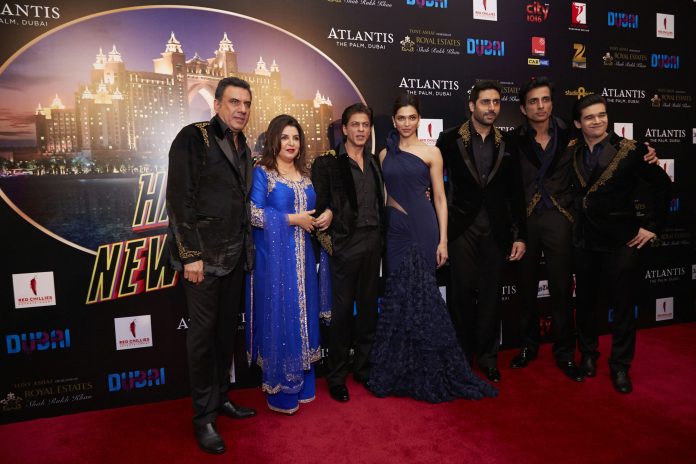 The premiere was attended by over 600 people, which included Bollywood fans from across the globe. HNY is the biggest release of this year and had a record opening day at the box office where it collected Rs. 44.97 crores domestically.

The movie hit the theatres on October 24, 2014 and is running houseful in most theatres across the country. The movie is produced by Shahrukh Khan owned Red Chillies Entertainment and directed by Farah Khan.