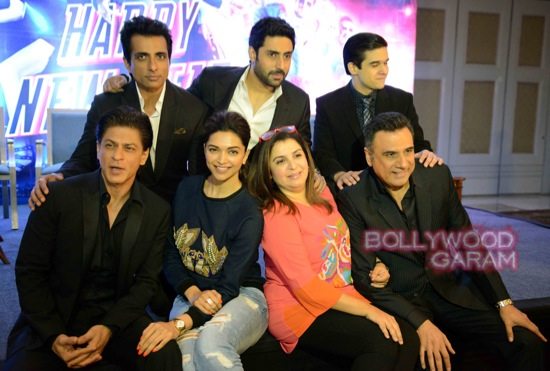 Bollywood’s most awaited movie ‘Happy New Year’ opened on October 24, 2014 with some mixed reviews from the audience and critics, but the box office collections have already made it a super success. The opening day of the movie has collected a whopping Rs 44.97 crore.

The movie has so far collected Rs 42.62 crore in Hindi, Rs 1.43 crore in Telugu dubbed version and Rs 0.92 crore in Tamil dubbed version. With the recent figures, the movie has become the highest opening day scorer in Bollywood so far. With intense promotions on various platforms, the makers have successfully managed to impress the audience.

Venky Mysore, CEO of RCE, commented on the box office performance, “We are delighted that the audience across India has responded brilliantly and shown their support for a film that has been produced with a lot of passion and love.”

‘Happy New Year’ has all the elements of a good entertainer, including a good cast, songs, dance and story. Figures also support the fact that the movie is also doing well overseas. HNY has been directed by Farah Khan and produced by Gauri Khan under the Red Chillies Entertainment banner.