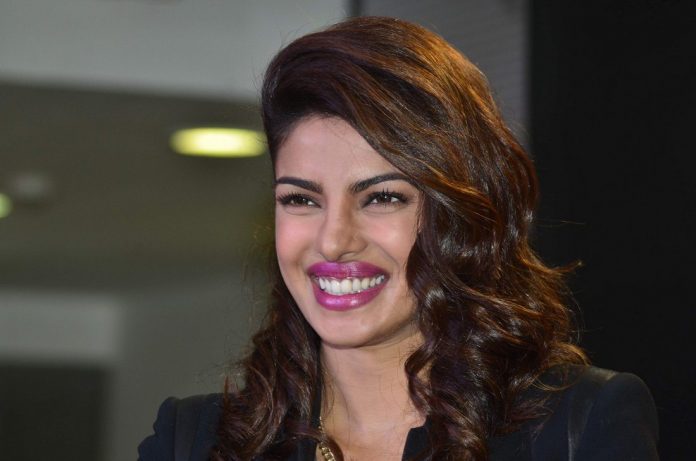 Bollywood actress Priyanka Chopra will be seen playing the role of a Maharashtrian girl for the third time in her career. Priyanka had played a chirpy Marathi girl in Vishal Bhardwaj’s ‘Kaminey’ and was then seen in Karan Johar’s ‘Agneepath’. The ‘Barfi’ actress managed to impress the audience with her girl next door look in the movie ‘Kaminey’ opposite actor Shahid Kapoor.

This time the actress will be seen playing a royal role in Sanjay Leela Bhansali’s ‘Bajirao Mastani’. The movie will have Priyanka play the role of a Marathi princess and Ranveer Singh’s character’s wife ‘Kashibai’.

Ranveer has reportedly gone bald for his role but Deepika’s look is still kept under wraps. Priyanka has already started shooting for the movie and recently posted a picture from the sets, which revealed just a part of her look in the flick.