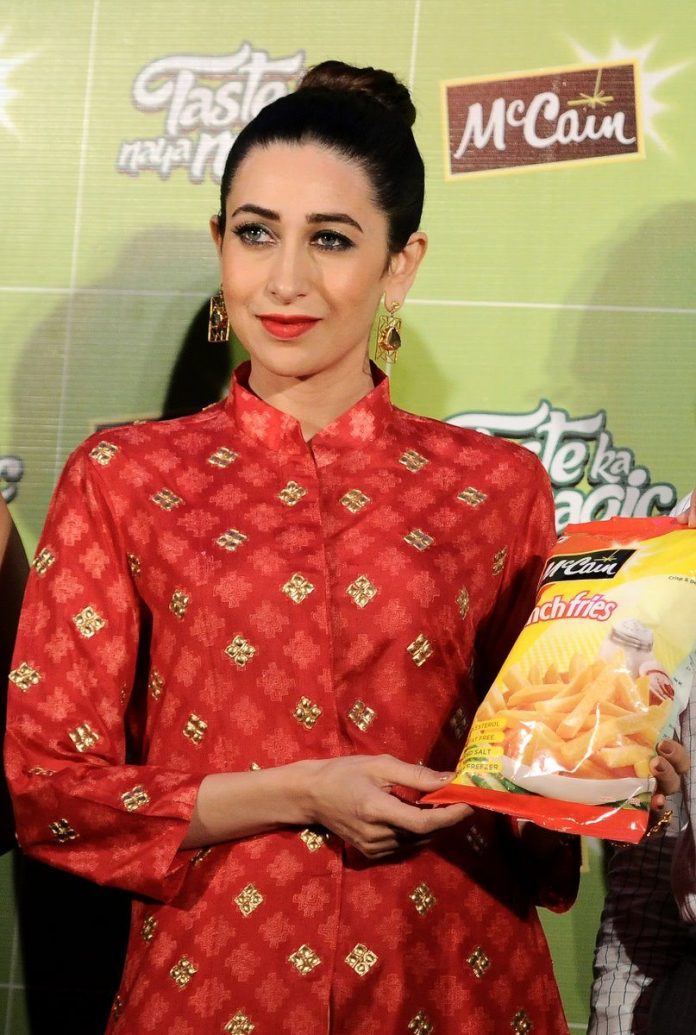 The ‘Dil Toh Pagal Hai’ actress, who endorses the brand, completed her looked with golden footwear, a hand harness by Valliyan and earings from Zariin. In recent times, the actress has been taking up several social activities. Karisma recently celebrated her sister, Kareena’s birthday along with Saif Ali Khan, in Dubai. She was last seen at the Bhopal Pataudi Polo Cup in 2014 in Jaipur along with her children Samaira and Kiaan Raj.