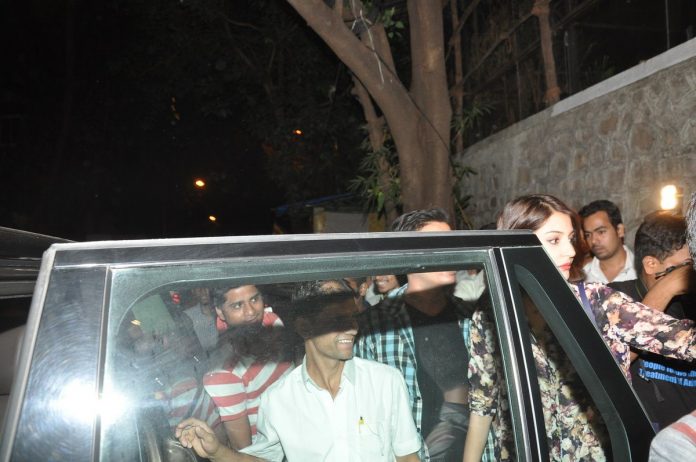 Bollywood actress Anushka Sharma was seen having a night out with her friends in Mumbai on October 28, 2014. The actress was recently also seen with cricketer Virat Kohli.

The ‘Band Baaja Baaraat’ actress is all set to be seen in the upcoming movie ‘PK’ and her own production movie ‘NH10’. Anushka recently revealed the new ‘PK’ poster in which she was featured along with her co-star Aamir Khan.

She also has a couple of projects in hand, including Hindi neo-noir drama film‘Bombay Velvet’, directed and co-produced by Anurag Kashyap , and Zoya Akhtar’s ‘Dil Dhadakne Do’. Anushka started off in Bollywood in 2008 with ‘Rab Ne Bana Di Jodi’ opposite actor Shahrukh Khan.