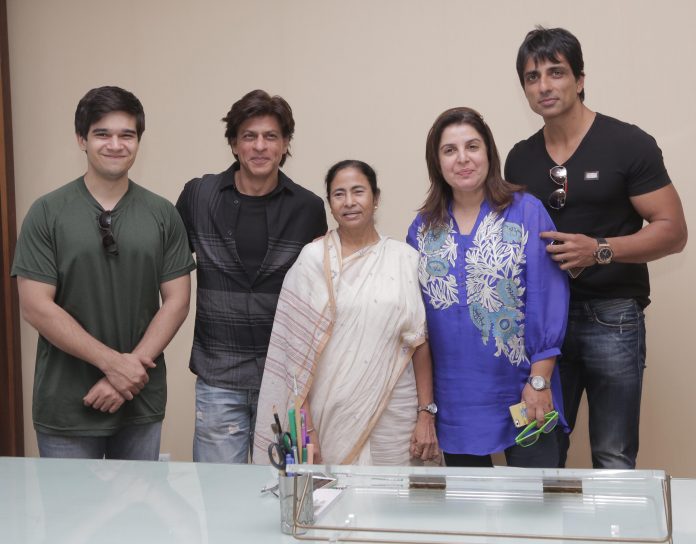 After his meeting with the CM, SRK tweeted, “In Kolkata I always get so enthused about life when I meet MamataDi. Her energy and the fish I get to eat. Now to Xaviers in a bit.”

The movie HNY is directed by Farah Khan and hit the theatres on October 29, 2014.  The movie is produced by Gauri Khan under the banner ‘Red Chillies Entertainment’. In the past, Shahrukh Khan has shared a close relationship with Mamata Banerjee, since he owns the Kolkata Knight Riders franchise in the Indian Premiere League.