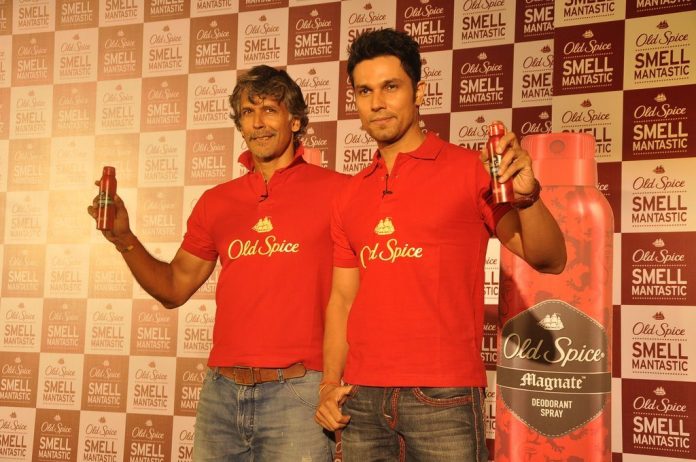 Bollywood actors Milind Soman and Randeep Hooda attended the Old Spice event held in Mumbai, India on October 29, 2014. Both the actors looked hot in the signature red Old Spice polo t-shirt and jeans while talking about the bran.d

While interacting with the media present, Hooda said, “My first memories of Old Spice were of watching my father putting it on after a shave and smell super good. I would walk in after him and put it on myself.”

Randeep is busy promoting his upcoming movie ‘Rangrasiya’, opposite actress Nandana Sen. The movie is based on popular 19th century painter, Raja Ravi Varma and is all set to hit the theatres on November 7, 2014.