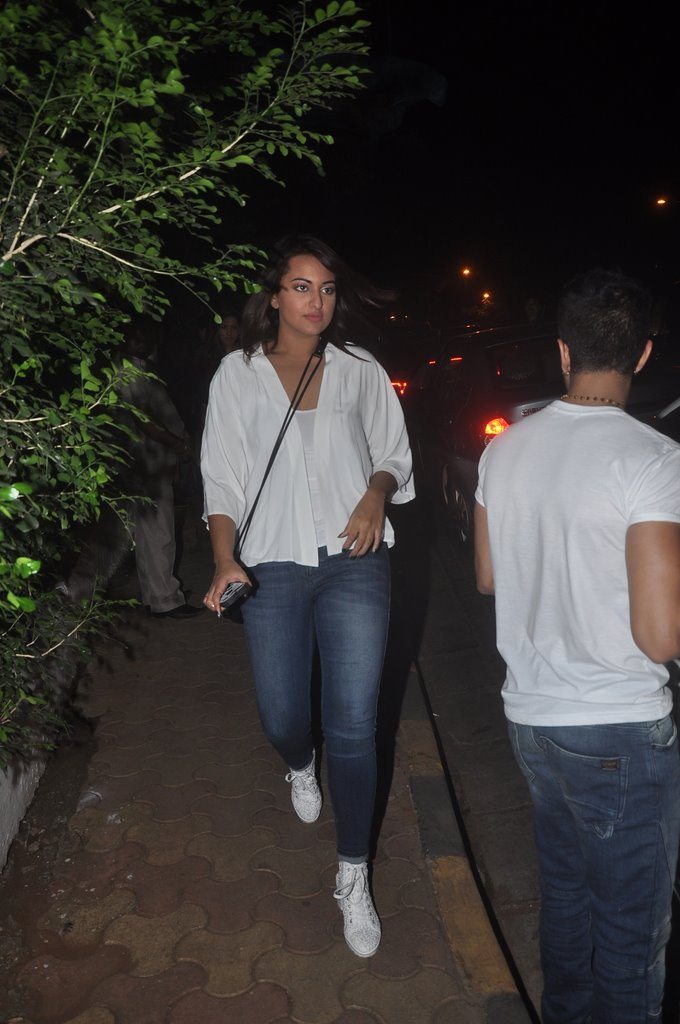 Bollywood actresses Sonakshi Sinha, Kalkin Koechli and Ragini Khanna were seen at Bandra in Mumbai on October 30, 2014. Kalki and Sonakshi were returning from a party and were looking great.

Sonakshi attended the party after attending the song launch of the movie ‘Action Jackson’. Kalki and Sonakshi are looking forward for the release of their upcoming movies ‘Happy Ending’ and ‘Action Jackson’ respectively.

‘Happy Ending’ also stars Saif Ali Khan and is all set to hit the theaters on November 21, 2014. “Action Jackson” which stars Ajay Devgn in the lead is all set for a release on December 5, 2014.