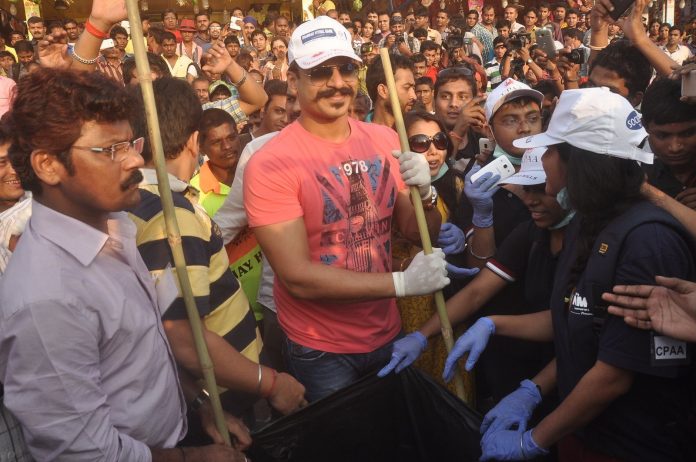 Bollywood actor Vivek Oberoi attended a cleanliness drive organised by the Cancer Patients Aid Association in Juhu, Mumbai on November 3, 2014. Oberoi was wearing a pink t-shirt and a white cap.

The ‘Company’ actor cleaned the area with a broom and also appealed to the people around to take up the cause seriously. Vivek was last seen in the movie ‘Krrish 3’ in which he played a negative role.

The actor is currently working on his upcoming movie ‘Bank Chor’, where he will be seen playing the role of a CBI officer. The movie also stars Riteish Deshmukh and Rhea Chakraborthy and is all set to hit the theaters on March 6, 2015.