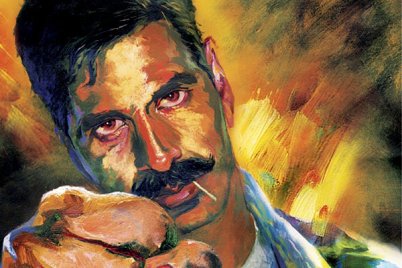 BollywoodGaram.com: For all those who are eagerly waiting for an action flick from actor Akshay Kumar, director Prabhu Deva is now all set to bring out the action avatar through ‘Rowdy Rathore’. The movie has the action veteran Akshay, who will be seen playing the role of a cop.

The movie is produced by Sanjay Leela Bhansali. Kumar after a long time will be back in his action mode and has also sported a mouche like Ajay Devgn and Salman Khan.

‘Dabangg’ actress Sonakshi Sinha will be  playing the female lead, which she does the best. The movie will be the second movie for the pair Akshay and Sonakshi in the lead.

BollywoodGaram sources report that the movie is a dynamite combination of Sanjay Leela Bhansali, Prabhu Deva and Akshay Kumar which makes it aesthetically larger than life and packed with mind blowing stunts and impressive choreography. Even before the release of the movie the box office success has already hovering above it. Even the poster of the movie reads ‘Failad Ki Aulad’, due to which one can expect some hard core action sequences. With ‘Rowdy Rathore’ it is expected that the movie might bring back the good old Akshay in action.