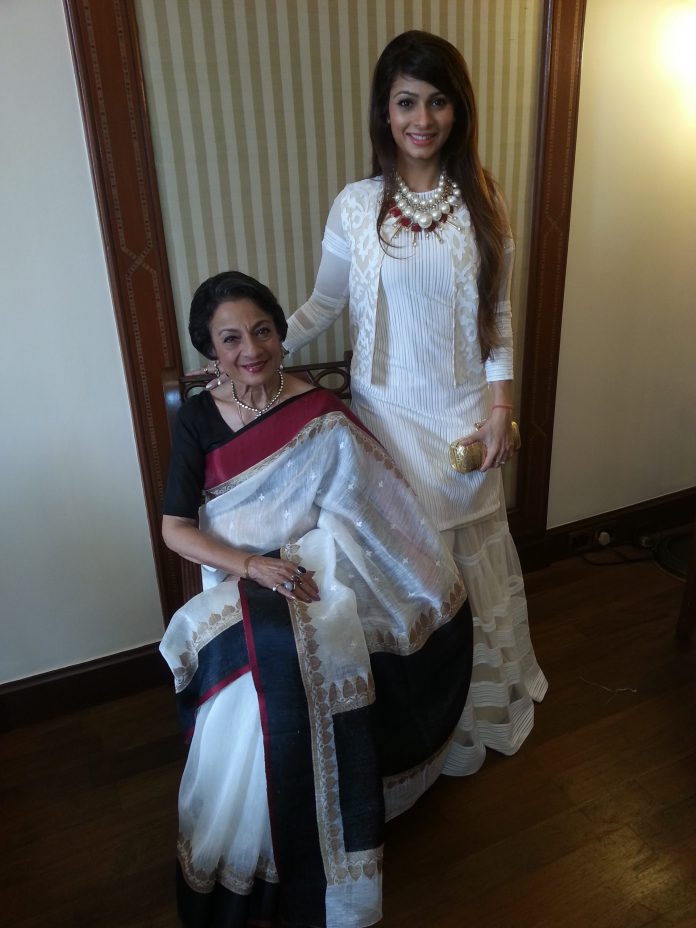 Celebrity mother-daughter duo of Tanuja and Tanisha Mukerji attended the Kolkata Film Festival on November 10, 2014. At the event, the two announced that they would be starting their own production house together.

The Kolkata Film Festival will showcase Tanuja’s movie ‘Pitruroon’. Tanisha looked chic in a Neeta Lulla sharara outfit which was accessorised with a big pearl necklace. Meanwhile, Tanuja looked elegant in a white and black sari. However, soon after the event, Tanuja was rushed to a hospital as she complained breathing difficulty. At the hospital, the doctors took care of her and she was discharged after a while.