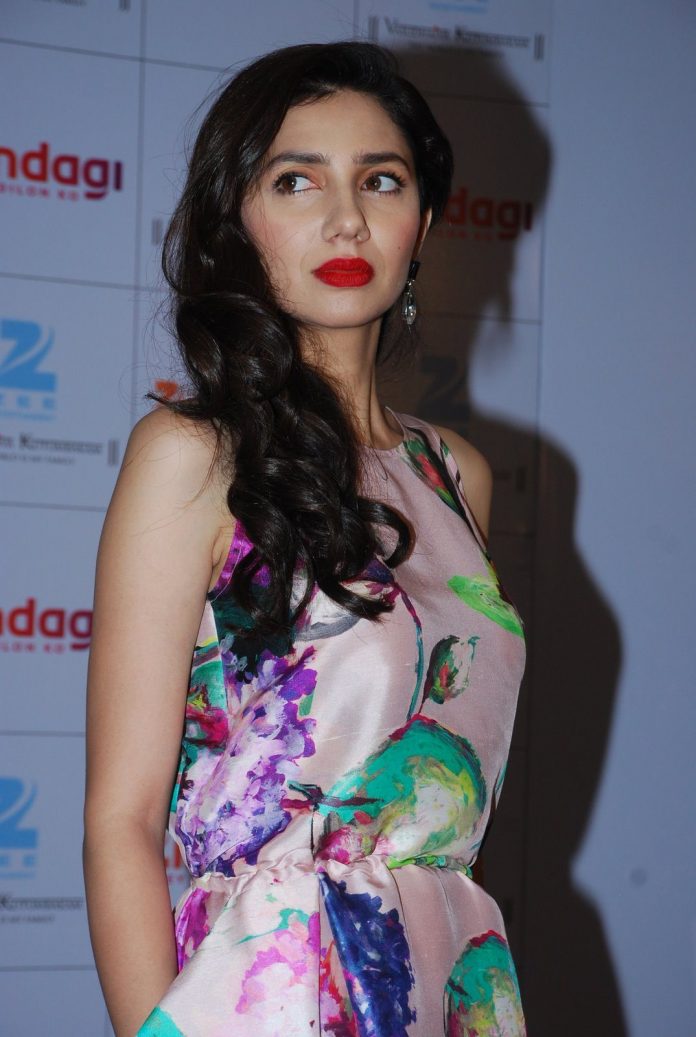 Pakistani actress Mahira Khan attended a press conference by the ‘Zindagi’ Channel at Leela Hotel in Mumbai on November 11, 2014. The actress looked ravishing in a white printed dress. At the event, the actress interacted with the media present.

Mahira is an actress and a VJ, most famous for her portrayal of Khirad Ehsan in ‘Humsafar’. The actress has also worked in TV series like ‘Shehr-e-Zaat’ and ‘Sadqay Tumhare’.

In 2008, the actress was also seen as the host of the Pakistan version of ‘MTV’s Most Wanted’ show and ‘Weekends With Mahira’. Mahira made her Pakistani movie debut with the movie ‘Bol’, which was directed by Shoaib Mansoor.