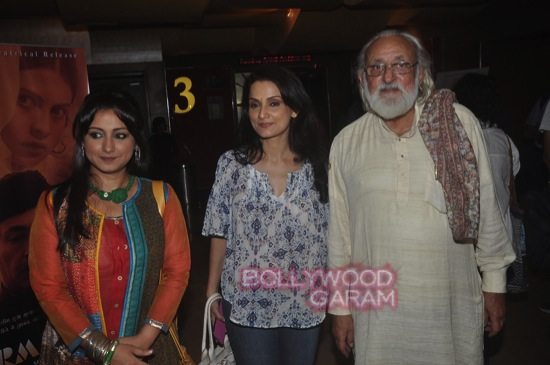 Farooq Sheikh starrer ‘Garam Hawa’ will be screened once again after 40 years.

Hindi-Urdu movie ‘Garam Hawa’ is all set to be released once again, nearly four decades after the first release. The movie will be screened on November 14, 2014 across 70 screens in eight metros. Made with a fixed budget of Rs 10 lakh in 1973, the film managed to break even in about a year.

For now the sound quality has been digitally treated at a studio in Los Angeles. The story of the movie revolves around the trauma of the India-Pakistan partition and the anti-Muslim hysteria that had spread across the country in the months following it. ‘Garam Hawa’ was most appreciated for the way it was delicately treated, especially on the subject of personal anguish of a community that was deniedits rights and its homeland.

The movie had hit headlines when it was made and its release was initially delayed by a year due to controversies. When it was released in 1974, actress Nargis Dutt won a National Award for National Integration. Actor-director Mysore Shrinivas Sathyu was also also on the verge of an arrest for making the film.

The director added that the movie is relevant event after 40 years, as sectarian force were still destroying the secular fabric of the country. Sathyu’s daughter Seema said that she hopes that the movie is received well . There are plans to release the movie in smaller cities as well.