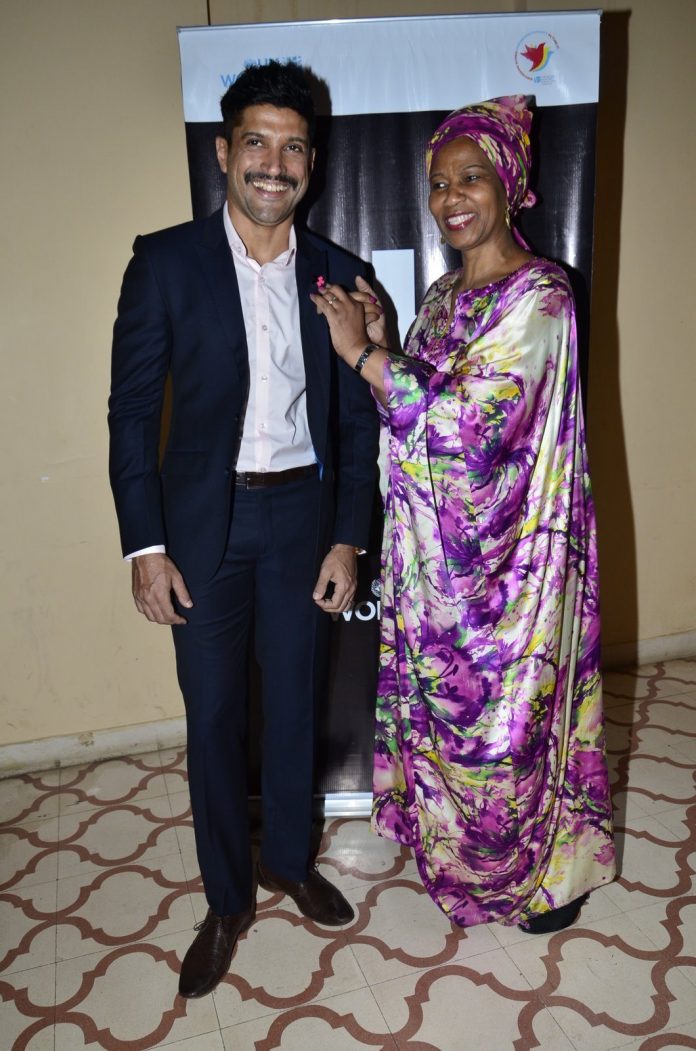 Filmmaker-turned-actor Farhan Akhtar has been appointed as the first male women Goodwill Ambassador for South Asia by the United Nations. The ‘Rock On’ actor, who has already been working for the upliftment of women with his MARD (Men Against Rape and Discrimination) campaign, was thrilled to be bestowed the honour upon.

The announcement was made by UN’s Women Executive director Phumzile Mlambo-Ngcuka. Apart from being a sensation in Bollywood, the multi talented celebrity has done his bit for women in the country. He has taken part in and initiated several social campaigns.

Step-mother Shabana Azmi congratulated her son on Twitter, where she posted, “Really thrilled that @FarOutAkhtar has been chosen as the first ever male Goodwill Ambassador for United Nations Women.Congratulations betu.”