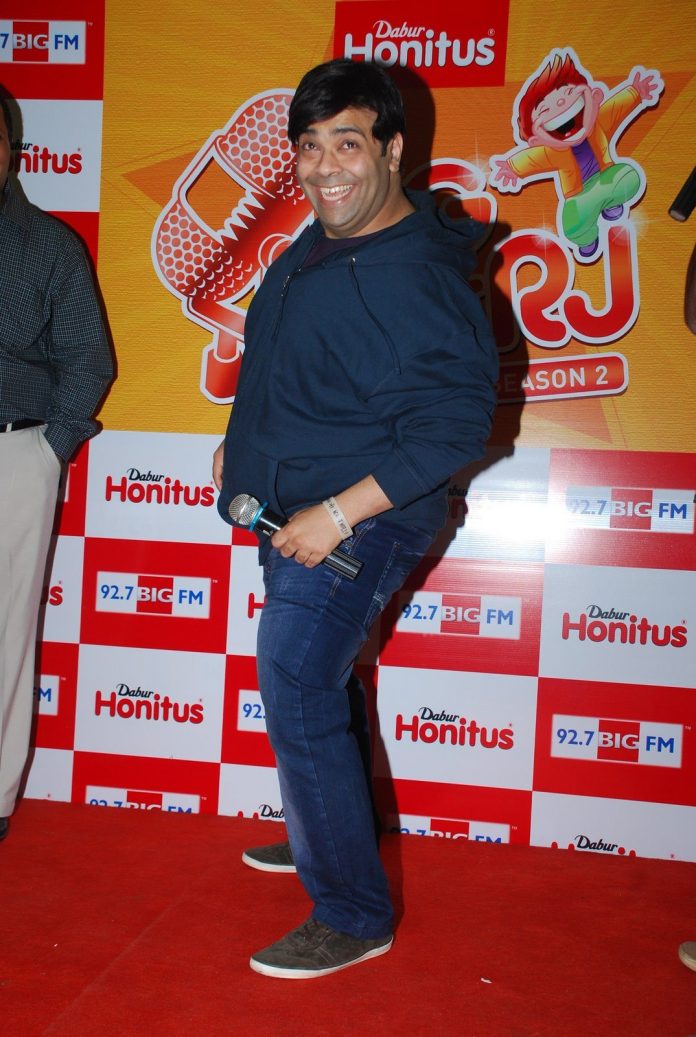 Television actor Kiku Sharda, known for his portrayal of ‘Palak’ on the show ‘Comedy nights with Kapil’ promoted BIG FM’s radio jockey hunt for children on November 13, 2014. The actor-comedian will be a celebrity judge on the talent hunt, that began on November 2, 2014.

Sharda wished all the children present at the event a very Children’s day. He went on further to shake a leg with the excited children in his character’s trademark style from ‘Comedy Nights with Kapil’.

The winner of the talent show will be announced on November 20, 2014, and they will get a chance to join Kiku on his television show ‘Akbar Birbal’.