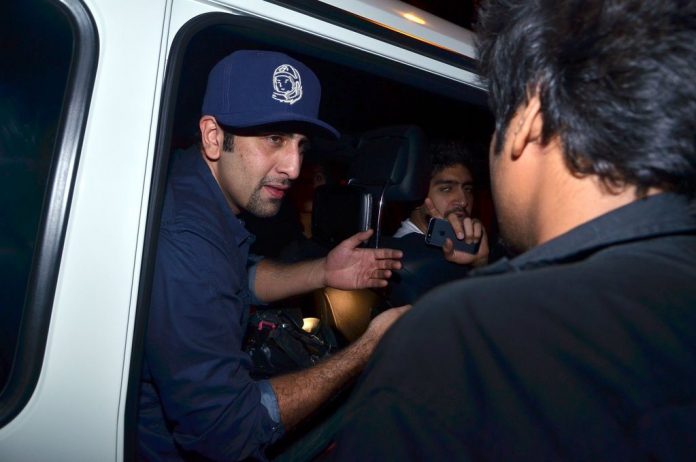 Losing his cool, Ranbir Kapoor lashes out to the media for violation of privacy.

Bollywood star Ranbir Kapoor and Katrina Kaif have been in news for a while, for their new rented apartment in Mumbai. The ‘Rockstar’ actor recently got angry at a bunch of paparazzi who were crowding  in front of his new Silver Sands apartment on Carter Road.

The ‘Besharam’ actor found their equipment, including a backpack in a media van and confiscated them. An angry Ranbir did not stop there, but confronted the driver of the vehicle and asked him to call the crew back, after which the driver started apologising.

This is not the first time the actor has taken away camera equipment from the media. In an earlier incident, Ranbir snatched a camera from a photographer’s hands when he was coming out of a private party with close friend Ayan Mukerji. Ranbir and Katrina have reportedly rented the apartment at Carter Road for a whopping Rs 15 lakh per month.