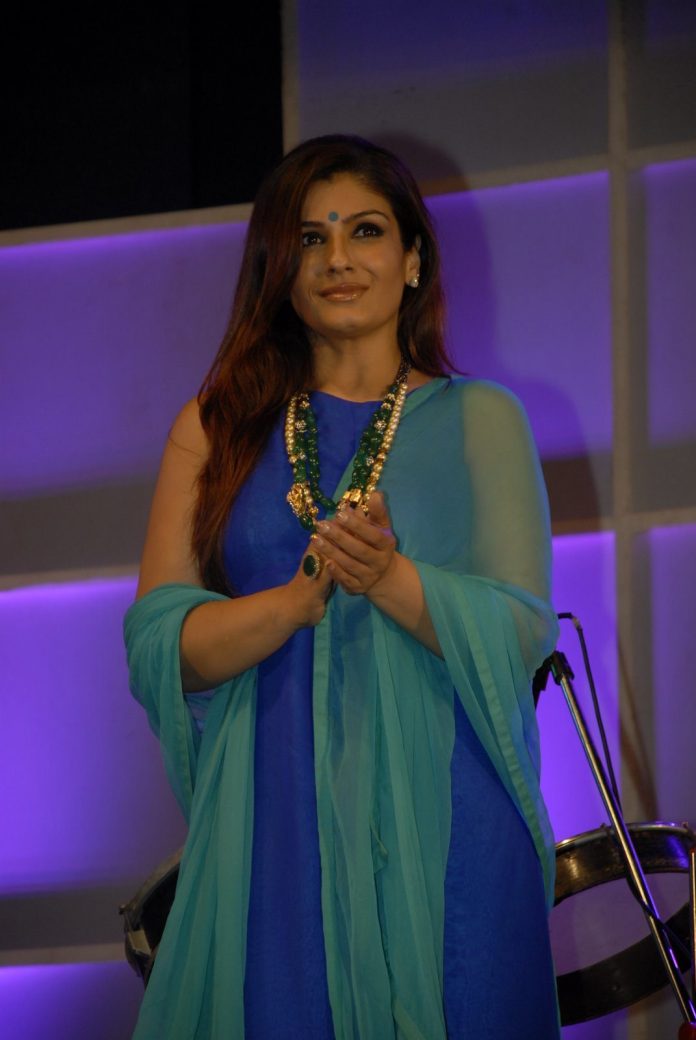 Bollywood actress Raveena Tandon attended the Lalitya Munshaw concert that was held  at Rangsharda in Mumbai on November 16, 2014. The ‘Andaz Apna Apna’ actress looked graceful in a blue and green Indian outfit.

Raveena made her Bollywood debut with the movie ‘Patthar ke Phool’ in 1991, which turned out to be a big hit at the time. Some of her noteworthy movies include ‘Mohra’ opposite Akshay Kumar, ‘Dilwale’ and ‘Ladla’, which helped her earn a nomination for Filmfare Award for Best Supporting actress.

The actress will play a bold role in Ranbir Kapoor starrer ‘Bombay Velvet’, that of a jazz singer in the 60s. Directed by Anurag Kashyap, the movie is set in the 1960s and stars Anushka Sharma and Karan Johar in key roles.

The film is currently under the post production stage. It has been produced by Fox Star Studios and Phantom Films and will release on May 15, 2015.