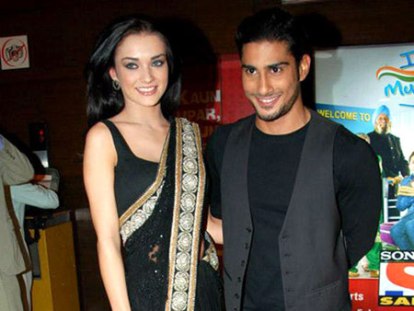 Bollywood Garam: After reports of Bollywood actors Prateik Babbar and Amy Jackson dating each other, it has been alleged that the two have registered their marriage. Close friends of the couple recently informed that the two have got married in a secret ceremony and had called the registrar at Prateik’s residence.

The love birds had even showed off their love with tattoos inked on their arms. Some of the earlier reports mentioned that the two are living-in in an apartment, but Amy clarified that Prateik was just helping her out in shifting.

Even the representative of the actor informed that the two are not married. No one knows why the two have kept their relationship a secret and if this is just another rumor doing the rounds.

Amy and Prateik recently starred together in the movie ‘Ek Deewana Tha’. The two came closer to each other while shooting the movie.