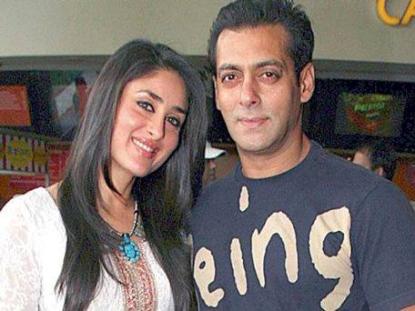 Bollywood actor Salman Khan is known for showering his close friends and family in the industry with expensive gifts. Actress Kareena Kapoor is the latest celebrity to get lucky as the actor will be gifting a BMW to the actress for her item song in ‘Dabangg 2’.

The ‘Jab We Met’ actress did not charge a single penny for the item song due to which the ‘Bodyguard’ actor decided to be generous. Prithwish Ganguly, the senior manager of UTV Motion Pictures Tweeted, “@BeingSalmanKhan to gift Kareena Kapoor a BMW for being a part of Dabangg 2.”

Kapoor had reportedly demanded that her item number in the movie must be different from the other item numbers and also wants the makers to promote the song as an important part of the film. Kareena and Salman are known to share a great rapport and have earlier worked in man y movies like ‘Bodyguard’, ‘Main Aur Mrs Khanna’ and ‘Kyun Ki’.

Kapoor has also openly admitted that Salman is her favourite star among the Khans in the industry. The shooting of the movie ‘Dabangg 2’ has already gone on floors. This time the movie is expected to be bigger than the earlier version.