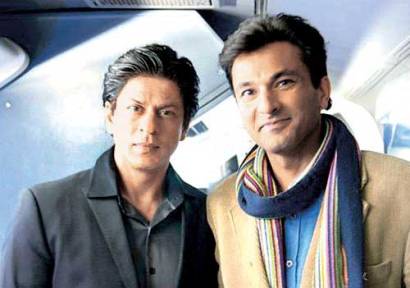 Indian chef, based in New York, Vikas Khanna, who was seen in the recently concluded season of ‘Masterchef India’, is all set to make a movie based on food. Reports say that the chef has roped in Shahrukh Khan to star in the movie ‘The Moon Of Eid’.

Khan in the movie will be seen talking about spirituality and food. The movie will be a part of the holy kitchen film series which will showcase different religions and their ways of cooking and variety in food.

The makers of the movie aim to blend the meaning of food in religion with the help of real world experience of sharing food on a religion context. The documentary has show the way the Muslim community observes the festival of Ramzaan, which is also the month when the people of the community keep a month long fast.

Vikas said that he was with Shahrukh for the shoot of the flick and that he had an amazing experience while seeing Khan talk about his food belief in reference to ‘iftar’. The chef added that they began work on the project a few months back and also took inputs from Shahrukh as well.