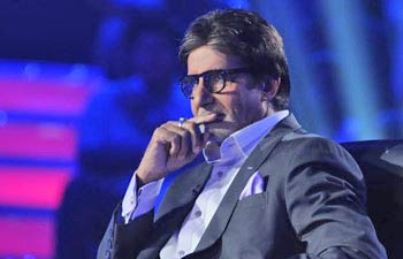 Bollywood mega star Amitabh Bachchan is now all set to return to the audience’s favourite show’s sixth season of ‘Kaun Banega Crorepati’ (KBC). Earlier reports said that the actor might not be able to host the sixth season due to health issues.

The actor as always Tweeted for his fans and wrote, “Off for a meet with Sony for next KBC… planning, peration, execution… will keep you informed on its broadcast and other details”. In the month of February, the actor underwent an abdominal surgery and was strictly advised complete bed rest.

Due to this, reports surfaced that Bachchan might not be able to pull off the sixth season. The popular show KBC is an Indian version of the UK game show ‘Who Wants To Be a Millionaire?’

The show began in the year 2000 and marked the debut of the legendary actor on TV. Mr. Bachchan went on to host the first and the second season, while Shahrukh Khan was roped in for the third. But then Bachchan returned with the fourth and fifth season on public demand. The fifth season which recently concluded was a major hit among the audience as it concentrated on the common man, to help those who needed financial help.