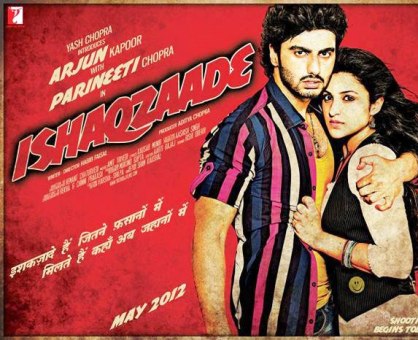 Film maker Yash Raj, has always been considered as the God of Indian cinema. The legendary film maker has also never backed out from experiments and giving opportunities to new comers in the industry.

One again the popular banner Yash Raj Films (YRF) is all set to do an exemplary act. The banner will be launching new comers every two years.

The trend was started with the beautiful actress Anushka Sharma, with the movie ‘Rab Ne Bana Di Jodi’, Ranveer Singh with ‘Band Baaja Baraat’ and Pareeniti Chopra with the movie ‘Ladies V/S Ricky Bahl’. Now the banner is all set to launch Boney Kapoor’s son Arjun Kapoor with the upcoming flick ‘Ishaqzaade’.

Even in future the banner will be launching a new comer every two years. YRF with the opportunity for the budding actors aims to horn the skills of an actor , take them through various workshops and have an entire support system for the actor to have an experience in films. The YRF industry also has the best talent in every field from technicians to directors and writers. So for a new actor it cannot be a better experience as well as a learning platform in acting.