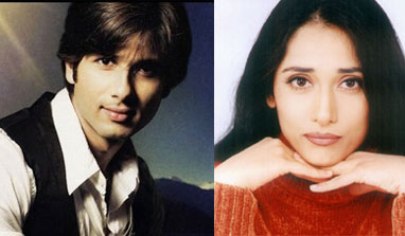 The stalker, who has been following Bollywood actor Shahid Kapoor for a long time has been revealed. The girl is none other than veteran actor Raaj Kumar’s daughter Vastavikta Pandit, against whom the actor has now filed a police complaint at Mumbai’s Versova police station.

The girl has been harassing the actor, who claims that when he leaves the house, she would block his way by sitting on his car’s bonnet and claiming to be his biggest fan. The 33 year old actress had even once scaled the building where Shahid lives and kept knocking his door.

Not many know that Vastavikta debuted in Bollywood in 2006 with the supernatural thriller movie ‘Eight’. The actress’s father Raaj Kumar passed away in the year 1996 and was known for his blockbuster movies like ‘Waqt’ and ‘Mother India’.

Vastavikta met Shahid at Shiamak Davar’s dance classes a few years back after which she fell in love with him. Reports even say that the actress then moved in to a house close to Shahid’s residence and also introduces herself as Shahid’s wife. The actress even follows Kapoor to his shoots. A non-cognisable offence has been registered against the actress by the police, who say that she is missing and would issue her a warning.