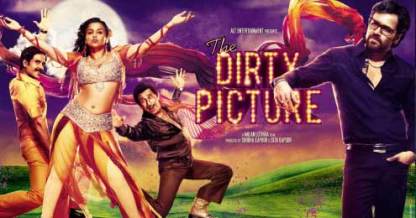 Popular entertainment channel Sony, had for weeks promoted the premiere of the movie ‘The Dirty Picture’ on TV, but the telecast was abruptly stalled. The movie was supposed to be aired in the channel on April 22, at 12 pm and a repeat telecast at 8 pm.

The telecast of the movie had to be stalled as the Ministry of Information and Broadcasting notified the channel just a day before the TV premiere. The makers of the movie had even made about 56 cuts to make it fit for the TV audience.

‘The Dirty Picture’ produced by Ekta Kapoor has won three National Awards including for Best Actress, Best Make Up and Best Costume. The awards will be felicitated in a grand ceremony in New Delhi on May 3.

Director Milan Luthria was shocked with the sudden halt and expressed that they have even obtained a U/A certificate from the censor board after 56 cuts but still does not understand what is happening. Some of the industry sources say that the decision was taken at the last minute as the I&B Ministry had received plenty of complaints against the airing of the movie in the day time.