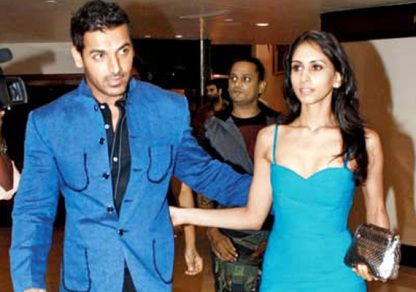 Bollywood actor John Abraham has now come out in open about his relationship with Priya Runchal. After the success of two major films of the actor which includes his first production venture ‘Vicky Donor’, the actor is now considering to settle down.

Priya and John started are dating since a year and in a candid interview, the actor confessed that he knew that she was the one for him just after two months of dating her. The couple is now seriously thinking of taking their relationship to the next level.

John while in an interview with a daily said that they have decided to get married this year. The actor also addressed the rumours that the couple got married in Los Angeles a few months back and even denied the news that he started dating Runchal when he was with Bipasha Basu.

Abraham also revealed that he met Priya through a common friend after which there was an instant connection between them. The actor also said that he can talk to her about almost anything. The ‘Desi Boys’ actor expressed that he and Priya wish to have a private wedding ceremony, instead of a big fat ceremony. While talking about the dates, the actor said that he could even take the decision to get married next week.