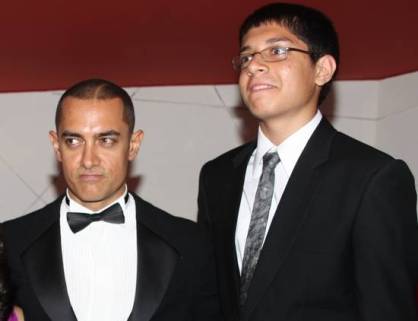 Seems like, Bollywood super star Aamir Khan’s son Junaid is all set to make his father proud of him. The young Khan was these days busy in organising a fundraising twenty20 celebrity cricket match to be played at the Brabourne stadium between the Bollywood celebrities and physically challenged people.

Junaid has been organising the match along with his college club so as to prove that physical disability is not a handicap. Even the team members of the physically challenged individuals had requested the organizers not to give them any unfair advantage.

Father Aamit had decided to support son Junaid for the cause, but unfortunately he could not turn up for the match due to his busy schedule. The actor is extremely busy in putting together his upcoming reality show ‘Satyamev Jayate’.

But thankfully, Salman Khan turned up for the match and was accompanied by other celebrities like Rani Mujherjee, Arbaaz Khan, Sharman Joshi, Atul Kulkarni, Esha Kopikar and Sohail Khan. An interesting match was played between the celebrities and the handicapped individuals. Reports say that the money gathered through the match will be contributed towards the upliftment of the people living in a small village in Jaipur.