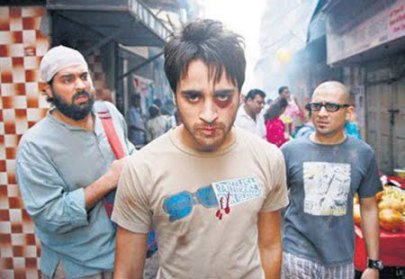 After the blockbuster success of the 2011 movie ‘Delhi Belly’ by Aamir Khan, UTV Motion Pictures is now all set to remake the movie in Tamil. The earlier adult comedy movie was jointly produced by UTV and Aamir Khan Productions and was directed by Abhinay Deo and was made in English and dubbed in Hindi.

Popular south director R Kannan, will be directing the remake. The Tamil remake of the movie is yet to be named but the cast is almost finalized. Actor Arya will be playing the role played by Imran Khan, while Santhanam will be seen playing the role of Kunaal Roy Kapoor.

Actor Premgi has been roped in to play the role of Vir Das. For the female lead actresses, Hansika and Anjali have been asked to play the role of the airhostess and journalist respectively. Sources from the production unit say that the movie will have many known stars in other roles.

The dialogues for the Tamil version will be written by south writer John Mahendran. A team of three writers are also developing the screen play, who will be retaining the original theme of the movie. Siddharth Roy Kapoor, the CEO of UTV Motion Pictures confirmed the development and said that ‘Delhi Belly’ will work well with the Tamil audience and that they are thrilled with the exceptional screenplay.