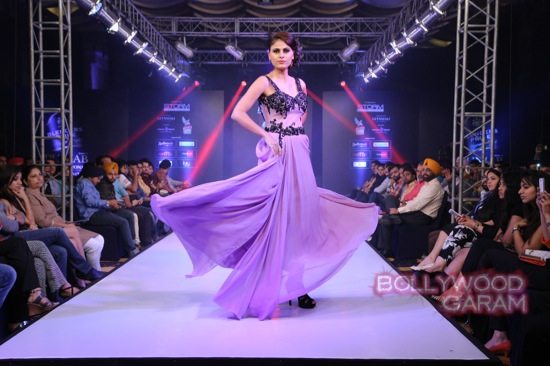 Bollywood Garam: Bollywood actress Koena Mitra might not have become so popular in Bollywood, due to which the actress is now looking forward to Hollywood. The dusky beauty says that Hollywood projects interests her a lot more as compared to Bollywood projects.

Mitra is currently busy shooting for Michael Hershel’s ‘The Story Of Naomi’. The actress was in Delhi for the launch of a skin clinic.

In the upcoming Hollywood flick, Koena  plays the role of a wife involved in an extra marital affair. While talking about the project, the actress said that she gave at least ten auditions before she got a call from the makers. The actress also said that she does not mind love making scenes or going nude or even the item numbers if the script demands so.

Koena did not have an impressive growth while in Bollywood and did a few item songs and supporting roles. She had won the beauty pageant Gladrags Mega Model India in the year 2003. Later she also became the first runner up of Miss Intercontinental in Germany put of 84 countries. In her career, Mitra has done commercials for the products like Clinic All Clear, Mirinda, Maruti Alto, beauty and Jewellery products.