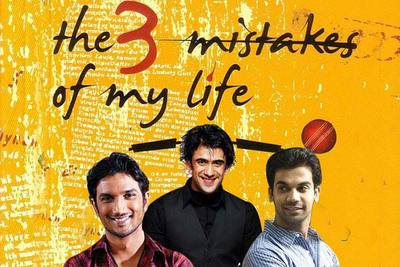 Popular TV actor Sushant Singh Rajput, who is best known for the role of Manav Deshmukh in the prime time soap ‘Pavitra Rishta’, is now all set to make his Bollywood debut. Singh has got his first break in the upcoming movie ‘Kai Po Che’, which is based on Chetan Bhagat’s best selling novel ‘The 3 Mistakes of My Life’.

Sushant earlier played the main role in the popular TV series and then made an exit, after which Hiten Tejwani was brought to play the role. The actor also participated in the dance reality show ‘Jhalak Dikhla Jaa’.

The movie ‘Kai Po Che’ will be produced by UTV and will be directed by Abhishek Kapoor, who earlier made the movie ‘Rock On’. The story of the movie is about three friends based in the city of Ahmedabad.