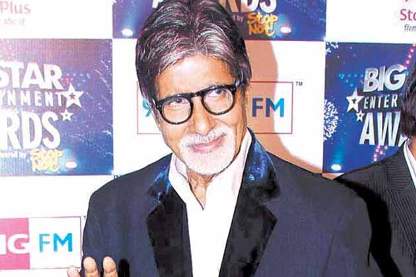 Superstar of Bollywood Amitabh Bachchan has earlier this year undergone a couple of abdominal surgeries, but still has not been doing well. The actor in recent times has been constantly tweeting about his frequent pains and stomach ailments.

Media reports claim that the actor might head to Los Angeles to undergo a few tests. The actor will be undergoing a few more tests and investigations in to his abdominal problem.

Some of the close friends of the actor have revealed that the pain has not yet subsided and this has led to the decision that he will be travelling to the US for further treatment. Moreover, Big B has not even taken up any assignments till the month of September.

Bachchan went through a couple of surgeries at the Seven Hills Hospital in Mumbai. It has still not been revealed what exactly the actor has been suffering from. The actor recently also revealed that he will also be appearing for the sixth season of the popular TV show ‘Kaun Banega Crorepati’. After September the actor has also committed to shoot for the Rohit Shetty movie ‘Bol Bachchan’ which also stars Abhishek Bachchan and Ajay Devgn.