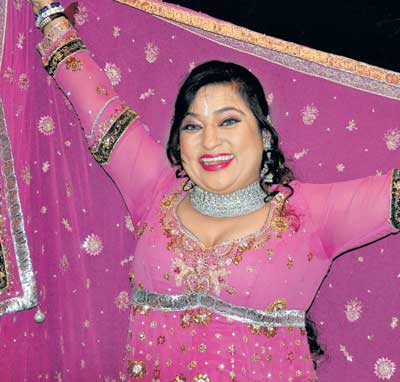 While the season five Bigg Boss 5 is taking its own time to become popular, actress Dolly Bindra, recalled the days of the season four. Bindra said that the days on the show were the most memorable days in her life not for the fights and the screaming, but just for meeting new people and also loosing weight.

Talking about her experience, the actress said that she had a great time in the fourth season and may be she could enter the season five just for loosing weight. But Bindra said that she is happy the way she is and fondly remembers the good old days that she had spent on the show.

Dolly said that every show takes some time to warm up and people have to just wait and watch to see what Bigg Boss has in store. Dolly had said that while on the show she had the least problems as she was the one who did not pretend unlike the others.

Bindra was the one who had made Bigg Boss 4 popular due to her spats and fights with Shweta Tiwari and Sameer Soni on the show. Her loud conversations had kept the audience so entertained that she was brought back even after she was eliminated from the show.