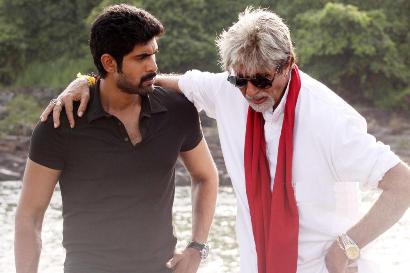 Upcoming Bollywood movie ‘Department’ has been passed by the Censor Board with an ‘A’ (adult) certificate. However, there were no major cuts in the movie except for a song about the police department.

The censor board asked the makers to delete the song from the movie. The song was about the working of the police department which says, “Laal batti aati hai, sab ki phat jaati hai, Mumbai police hai sab ka bhai.”

JP Singh the Regional officer, CBFC Mumbai said that the song had to be removed as it was defamatory to the Mumbai Police Force. On the other hand the film maker Ram Gopal Varma disagreed with what was said about the song.

Varma said, “We had to remove the song because the censor board felt it was derogatory to the police. I disagree.” The film has been passed with adult viewership and is all set to be released on May 18, 2012. The movie ‘Department’ is about a group of encounter specialists working with the Mumbai Police force and their different perspectives towards the underworld. The movie has Sanjay Dutt, Rana Daggubati and Amitabh Bachchan in the lead roles. Dutt and Rana will be seen playing the role of cops while Bachchan will be seen in the role of a gangster turned politician.