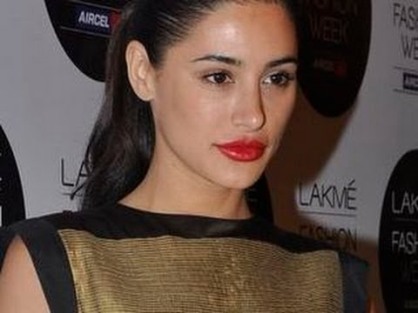 Bollywood actress Nargis Fakhri, is just one film old in the industry, but has been constantly in news for her link ups with the other actors since the beginning of her career. Earlier she was linked to her ‘Rockstar’ co-star Ranbir Kapoor.

But then she was linked to model turned actor Shayan Munshi. Some of the earlier reports also said that the two were seen walking hand in hand and were also noticed getting intimate at their table.

Further reports mentioned that the two were seen holding hands and looked very comfortable. The two then were spotted nibbling on their food and were getting too cozy and were being noticed by the other people in the restaurant.

Some of the eye witnesses mentioned that their body language seemed as if they shared a relationship which looked bit more than friendship. After Shayan’s split from wife Piya Rai Chaudhary, the actor was not seen with anyone else. Earlier the actress denied dating Ranbir and even Shahid Kapoor. But it is now time to see if Nargis comes out and denies this relationship also. Fakhri started off her Bollywood career with the movie ‘Rockstar’, but failed to garner enough attention.