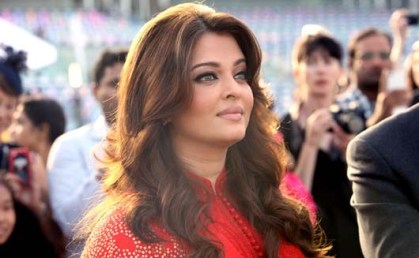 Bollywood actress Aishwarya Rai, has always made news for her red carpet appearance every year at the Cannes Film Festival. This year too the actress is all set to appear at the Cannes, but this time the actress will be seen in her post pregnancy over weight avatar, for which she has been criticised a lot in recent times.

Recent reports have some information about what the actress will be wearing for the event. The high fashion gowns are now a thing of the past and this year the new yummy mummy will be seen in a sari and churidar-kurtas created by popular celebrity designers Abu Jani-Sandeep Khosla’s classic collections.

Abu Jani-Sandeep Khosla are known for creating the best designer wear for the Bachchan family. Close friends of Ash revealed that the actress has decided to ditch the designer gowns and go completely Indian at Cannes.

Ash is expected to be seen at the red carpet on May 24 and 25. The sari which the actress will be wearing is off-white with chikankari work and antique gold embroidery. The actress who normally sticks on to dark colours has this year opted pastel. The kurtas will be long a flowy, with one in anarkali style with heavy zari and gold work on them.