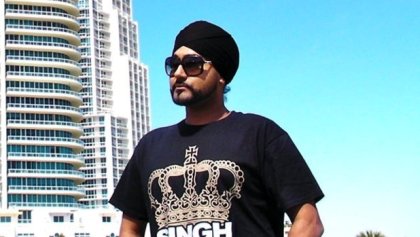 In some shocking news for all the Punjab music fans, the member of the hip hop group RDB, Kuly Ral is no more. The singer was 35 years old and was lost a battle with cancer.

The singer known for his hit track ‘Shera Di Kaum Punjabi’ from ‘Speedy Singhs’, was diagnosed with brain tumour in April 2011 and underwent radiotherapy and chemotherapy. During the time of his death, Kuly was receiving treatment at a specialised clinic at Houston.

Kuly and his brothers Surj and Manj have given plenty of blockbuster hits like ‘Yamla Pagla Deewana’, ‘Aloo Chat’ and the latest ‘Sadi Gali’ from the movie ‘Tanu Weds Manu’. People from his home town Ludhiana are still under shock that the bhangra singer is no more.

Ral has also worked with the international star Snoop Dogg and Bollywood star Akshay Kumar in ‘Speedy Singhs’. Akshay after hearing the san news Tweeted, “Just heard about Kuly from RDB’s sudden demise. Still reeling from the shock of the news. Such a talented guy, was behind some awesome chartbusters for many of my films. My heartfelt condolences to the RDB family. RIP Kuly.” Close friend of the band members said that Kuly along with his brothers were also planning to open a studio in Delhi and Mumbai.