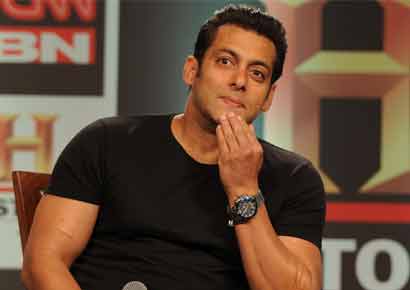 In some good news for those who are longing to see Salman Khan once again in a romantic avatar, the actor will soon be seen in upcoming Sooraj Barjatya movie. Bartatya is the one responsible to give the actor his first hit with the flick ‘Maine Pyaar Kiya’ and then his block buster hit ‘Hum Aapke Hain Kaun’ opposite Madhuri Dixit.

Director Sooraj is now planning to return to his director’s seat with the movie ‘Bade Bhaiyya’ for which they have approached Salman. And as per the Rajshri Productions tradition the actor will be named as ‘Prem’.

The ‘Dabangg’ actor in recent years has stayed away from family films and has done more action packed movies. Sources from the production unit say that Khan in the movie will be seen playing the role of an elder brother, which was otherwise played by Monish Behl.

More reports say that the Barjatyas were upset with the actor due to the black buck hunting case involving the actor, when they were shooting in Jodhpur, after which they stopped working with him. But then in the year 2010, Salman returned to the banner with a cameo role in the romantic flick ‘Isi Life Mein’. The female lead opposite Salman is yet to be finalized.