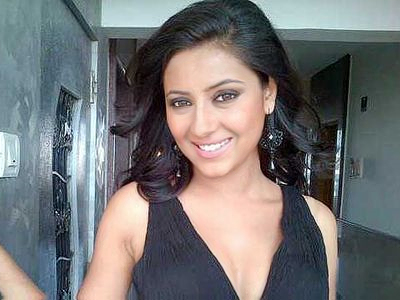 TV actress Pratyusha Banerjee, popularly known as Anandi in the TV soap ‘Balika Vadhu’ is now all set to sizzle on the sets of the upcoming celebrity dance reality show ‘Jhalak Dikhla Jaa’. Banerjee, who is otherwise seen in ghagra choli in the TV soap will be seen in an ultra glamorous look while on the show.

This will also be the first time the fans of the star will be able to see their favourite ‘bahu’ in a glam avatar. The upcoming season of the show is expected to be an exciting one as 12 celebrities from different walks of life will be seen battling it out on the dance floor.

The rest of the contestants of the show are yet to be announced. The promos of the show featuring Madhuri Dixit are already showing on TV.

The celebrity dance show ‘Jhalak Dikhla Jaa’ is an Indian adaptation of the American show ‘Dancing With the Stars’. According to the pattern of the show, celebrities who are otherwise not familiar to dance are made to participate on the show against their fellow celebrity contestants. Every week a celebrity will be eliminated and a winner will be chosen at the end of the season.