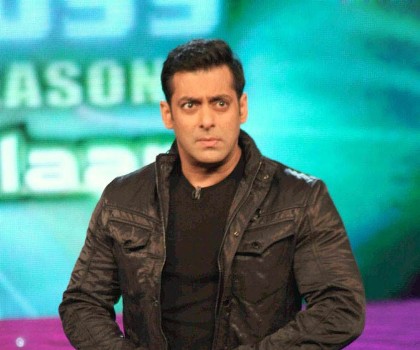 Despite being so busy, Bollywood super star Salman Khan will be keeping his commitment to host another season of the popular reality show ‘Bigg Boss’. Last year actor Sanjay Dutt helped Salman, as he underwent a surgery, by hosting many of the episodes alone.

Salman and Sanjay were supposed to host the earlier season together but due to many reasons, Sanjay ended up hosting the show alone. At present the actor is shooting in Thailand for a movie with Katrina Kaif and the makers of the show have already hinted about being a part of it.

Salman has agreed to do the show and will be doing it along this time. Sources from the channel revealed that the popular celebrity dance reality show ‘Jhalak Dikhla Jaa’ starring Madhuri Dixit, Karan Johar and Remo Fernandes will be aired which wil be followed by a talent hunt show.

Only then the reality show ‘Bigg Boss’ will go on air. Last year the show was delayed to the month of October as it was supposed to be aired in the month of September due to the non availability of dates with the host. Close friends of the star said that Salman loves the concept of the show and many of his family members watch the show.