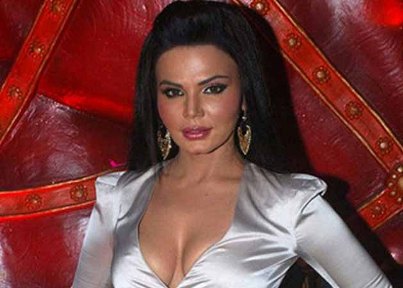 Item girl Rakhi Sawant is indeed the best in terms of talking and gaining attention. But now the actress says that she claims that she can do better than Vidya Balan in the Bengali remake of the movie ‘The Dirty Picture’.

The movie is yet to be titled and the actress will be seen playing the role of a Bengali actress turned politician Shatabdi Roy. Rakhi has also claimed that her movie will be more interesting and eye catching than the original one.

Sawant added that the movie is based on the life of an item role and it is the only befitting thing as she is the original item girl in Bollywood. Rakhi even said that she admires Vidya Balan a lot and that she thinks she is a great actress and did a great job in the original flick.

But Rakhi said that it is her turn now and that she can do a better ‘Ohh La La’ than Vidya. The item girl has also said that after the movie releases she hopes that everyone chants only her name. The member of parliament Tapas Pal will be producing the flick. Rakhi apart from item songs has done small roles in the movies like ‘Main Hoon Na’, ‘Dil Bole Hadippa’ and ‘Mumbai Xpress’.