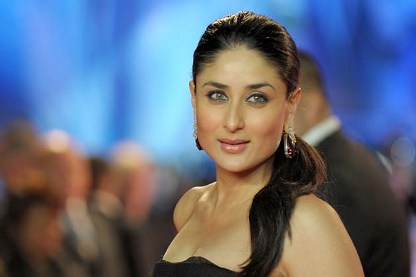 Bollywood actress Kareena Kapor is now all set to sizzle in the upcoming movie ‘Rowdy Rathore’ in a special cameo song. The video of the song ‘Chinta Ta Ta Chita’ is finally out in which the actress is seen grooving with the lead Akshay Kumar.

Apart from the actress the video also has the south super star Vijay and the director of the movie Prabhu Deva. Akshay in the video is seen dancing with Vijay and Prabhu on the foot tapping song.

Kareena in the song has been introduced in a glamorous way and is seen doing some of the signature steps of the popular song ‘Chammak Challo’ from the movie ‘Ra.One’. The ‘Jab We Met’ actress enters the frame with a glamorous look in a sexy black outfit.

The video has focused more on her face and this will definitely one song which the audience will be waiting to see in the movie. The last time Akshay and Kareena were seen together was in the movie ‘Kambakht Ishq’. The song also has its own signature step done with hands. The song has already been appreciated by the viewers and now it is time to checkout the movie after it is released. Checkout the video of the song below.