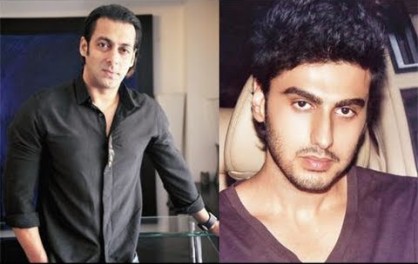 Bollywood actor Arjun Kapoor, who made his debut with the movie ‘Ishaqzaade’, has now been signed in by Rajshree Productions. Kapoor will now be seen playing the role of a younger brother to none other than the ‘Dabangg’ actor Salman Khan.

Salman and Arjun will now be sharing screen space for Sooraj Barjatya’s upcoming movie ‘Bade Bhaiya’. The movie will be a trademark family drama for which the Barjatyas are famous for.

Sources from the production unit say that Sooraj was quite impressed by Arjun after watching his performance in the movie ‘Ishaqzaade’ after which he immediately met Arjun and offered him the role. The story of the movie will be about two siblings in which the elder one is more groomed and calm while the younger one is more of a rebel.

The elder brother then takes the charge to change his younger brother and make him a more mature person by taking him under his wings. Even in real life, Arjun has considered Salman as his mentor. Salman had pushed Arjun to lose those extra kilos, before he entered in to the film industry. The interesting combination of Arjun and Salman will surely draw crowds. At present Salman is busy with other projects due this year.