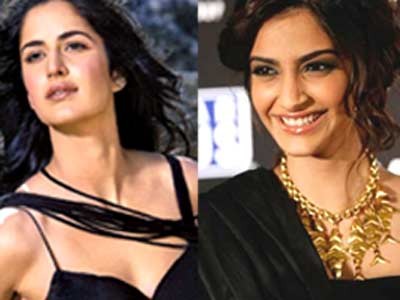 Bollywood actress Sonam Kapoor is hardly seven films old in the industry, but is surely known for her candidness in terms of pointing out at people. Her latest target is Katrina Kaif, whom she has called shameless, when she was being interviewed in Cannes bu a film journalist Anupama Chopra.

Sonam while talking to the journalist said that she would like to give Katrina Kaif a bouquet and when asked why, she said, “I don’t know how she does it. You need a certain kind of commitment and a certain kind of shamelessness to do certain things.”

Out of all the other comments by Sonam Kapoor, this one was definitely harsh on Katrina, who has proved her success with many hit films in the past year. Last year the actress came up with two hit movies ‘Zindagi Na Milegi Dobara’ and ‘Mere Brother Ki Dulhan’.

On the other hand Sonam came up with two films ‘Mausam’ and ‘Players’ which were not even counted anywhere near a hit. Sonam was also asked why she was known for her fashion more than her acting, to which she said that there are so many who can talk about movies, but when it comes to fashion, it is only her at the risk of sounding immodest.