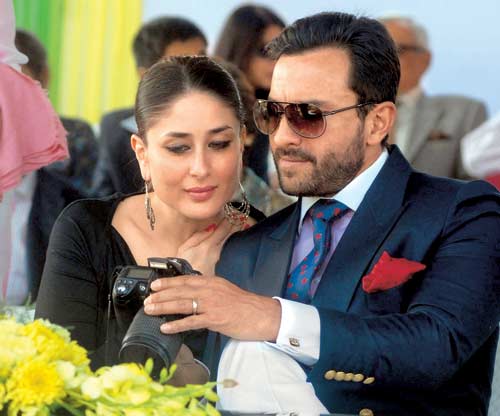 After enough of speculations and a long wait, it has finally been confirmed that Bollywood couple Saif Ali Khan and Kareena Kapoor will be tying the knot on October 16, 2012. Saif’s mother Sharmila Tagore confirmed the dates saying that they are now all set to get married on the speculated date.

The wedding would take place at the Pataudi’s ancestral home on Pataudi. Sharmila also said that it would be a very private affair in presence of only the immediate family members from both sides. Close friends of the family said that since it is too soon after the death of Mansoor Ali Khan Pataudi, the family has agreed on a low-key wedding.

Even Kareena and her parents have agreed on a low-key wedding, but a large reception is planned after the wedding, considering Saif and Kareena have a vast network of friends. The venue for the reception of the wedding is yet to be decided.

There are chances that the couple might on the same day (October 16) fly down to Mumbai for the reception. Sharmila has also said that Kareena will be continuing with her films even after marriage but would be doing just two films per year.