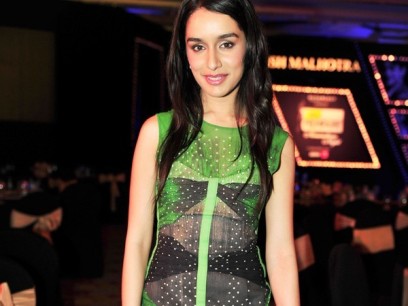 As the makers of the classic movie ‘Aashiqui ’ are planning a sequel of the movie, the female lead has been finalized. After a long hunt Shakti Kapoor’s daughter Shraddha Kapoor has been roped in for the role.

The male lead for the movie was already finalized and will be played by Shaad Randhawa and Aditya Roy. The original movie had Rahul Roy and Anu Aggrawal in the lead roles and music composer Nadeem Shravan composed a timeless music for the movie which is still remembered by many people.

The producer of the movie Mukesh Bhatt confirmed and said that Shraddha will be playing the lead role along with Aditya and Shaad. Earlier there were reports that ‘Aashiqui 2’ will be a remake of the 90s movie ‘Awaargi’ which had Anil Kapoor, Meenahshi Sheshadri and Govinda, but Bhatt denied the reports and said that the movie will have an original script and is not a remake of any of their earlier movies.

The music for the movie will be composed by Jeet Ganguly. There were 11 songs in the original movie while the sequel will have just seven. Shaad Randhwa is the son of the legendary actress Mumtaz’s nephew while Aditya Roy Kapoor is UTV’s Siddharth Roy Kapoor’s brother.