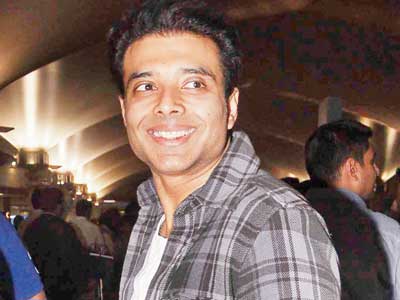 The shooting of the much awaited movie ‘Dhoom 3’ has finally begun with a ‘Pooja’ (prayer) at the Yash Raj Studios on June 8, 2012. Actor Uday Chopra informed about the latest development on the social networking site Twitter.

Uday Tweeted, “Today Dhoom 3 officially begins with a Pooja at YRF…for me, it begins with a killer leg workout. Guess that’s my ‘Pooja’!” The script of the movie has been written by Vijay Krishna Acharya and is produced by Aditya Chopra.

Vijay Krishna Acharya has earlier written for the earlier movies ‘Dhoom’ and Dhoom 2’. The genius Aamir Khan has been roped in to play the negative role and Katrina Kaif will be playing the female lead role.

Abhishek Bachchan and Uday Chopra have been retained for their regular roles from the earlier movies. They will be portraying their regular roles of Jai Dixit and Ali respectively. Meanwhile, Katrina Kaif and Aamir Khan are sweating it out to get that perfect look for their role in the movie. Kaif has been advised to get in proper shape for which she will have to shed a few kilos. The two are reportedly also going through a special training session in which they are learning a special skill.