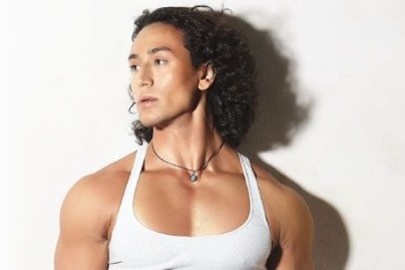 For a long time it was speculated that actor Jackie Shroff and wife Ayesha’s song Tiger Shroff will soon be signing his debut movie. The news is that the moment has finally arrived and the star kid will be playing the lead role in Sabir Khan’s upcoming movie which will be produced by Sajid Nadiadwala.

Tiger is no exception in terms of the launch of a star kid and has generated a lot of buzz. Reports said that Tiger’s parents wanted to give him a dream debut which would give him a great start to kick off his career in Bollywood.

Earlier it was reported that Tiger will be launched by veteran film maker Subhash Ghai, who had also launched Jackie in the movie ‘Hero’. But then it was speculated that he would get a massive launch with the Bollywood genius Aamir Khan.

However, after enough of discussion, arguments and speculations Jackie, Ayesha and Tiger’s talent manager Bunty Behl finalized on Sajid Nadiadwala’s project. It was only last week that Junior Shroff signed on the dotted lines at Sajid Nadiadwala’s office in the presence of Tiger’s parents. It was a very emotional moment for the parents and this is the first time Sajid will be launching a hero.