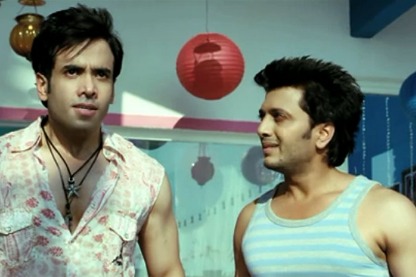 Earlier the movie was supposed to be released in August 2, but now it will be releasing a week earlier. The flick is a much awaited sex comedy movie which is the sequel of the 2005 movie ‘Kyaa Kool Hain Hum.

The pre-ponement of the movie KSKHH works quite well for it. The marketing of the movie has already begun and Riteish Deshmukh and Tusshar Kapoor have been retained from the original. This time the female leads in the movie will be played by Sarah Jane Dias and Neha Sharma instead of Neha Dhupia and Esha Koppikar who were seen in the original flick. The movie has been directed by Sachin Yardi and produced by Balaji Motion Pictures.